Here are a few of my favorite things that I’ll be gifting this holiday season. I wouldn’t mind receiving them either! They’re twists on old classics and will surprise you.

Catskill Provisions Honey Truffles
This is by far my favorite chocolate find of the year. Chocolate and honey are assertive and tend to overpower each other. These truffles, however, have the richness and complexities of both flavors. Co-founder Claire Marin took a full year to perfect the truffles. She started with her raw fall honey, with rich notes of maple and buckwheat. After trying a variety of chocolates, she was satisfied with Callebaut 72% (whose neutrality works in the honey’s favor) and brought everything together with a touch of organic NY state butter. They’re pricey but worth it. From $15 for 4 plus shipping; catskillprovisions.com [2].

Richart Holidays in Périgord Truffles
At this time of year, there are chocolates that are doused with peppermint oil, and then there’s Richart. Their collection has unique flavors, though they tend to be light. My favorite is the spiced black truffle, which fortunately doesn’t taste like mushrooms but pumpkin pie instead. Chestnut desserts are difficult to find in the states, so I appreciate Richart’s creamy rendition. The walnut ganache is also silky. The walnut is subtle, but it’s a classic, intense chocolate. Sadly, the apple and strawberry aren’t my style because they taste like liqueur (they actually don’t have any), and I’m alcohol adverse. From $25 for 9; free shipping with the code “magic” on $50+ orders until Dec 18th, 2013; richart-chocolates.com [4]. Also available in New York at Gastronomie 491, 491 Columbus Ave. (by W. 84th St.) 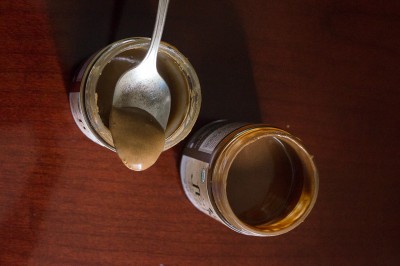 Jem Raw Cinnamon Red Maca Almond Butter
Natural foodists claim that raw or sprouted foods are more nutritious and easier to digest. I’m not sure whether it’s folk wisdom because by the time most sprouted food reaches you, who can say it’s still “alive?” I have yet to see definitive scientific studies, and UC Davis [6] says the nutritional difference between sprouted and unsprouted grains is negligible. So while Jem has a following among health nuts, my primary concern is taste.

They exceeded my expectations. Jem’s almond butter is silky smooth (ground to less than 20 microns, where your tongue can’t distinguish individual particles) and packed with superfoods: butterscotch-y maca (a root vegetable that Incas ate for energy), warming cinnamon, and low-glycemic coconut sugar from Big Tree Farms [7]. It tastes like Biscoff cookie spread but without that greasy, heavy feeling.

Jem also makes other varieties such as chocolate hazelnut, but the latter has a wild, astringent taste. It’s pretty good for something healthy, but the cinnamon almond is good, period. $12.99 for 6 oz., jemraw.com [8]. Also available at various retail stores [9]. 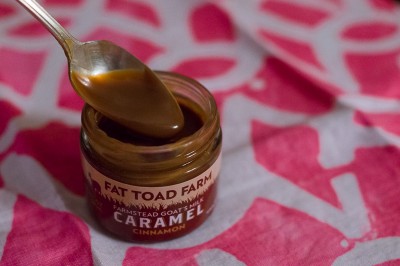 Fat Toad Farm Goat’s Milk Caramel
I had grand plans to add this caramel to banoffee pie, Greek yogurt cheesecake [11], coconut cream pie, and Belgian waffles, but I couldn’t resist eating it straight from the jar. Made with goat’s milk, this caramel has a gentle tang and buttery smoothness. You could make it at home, but to do it like Fat Toad, you’d have to pasture goats and cook the sauce by hand for six hours. Get yourself at least two jars: one for impulse dipping and the other for actual recipes. $13 for 8 oz., fattoadfarm.com [12].